THE LOST ART OF OZ 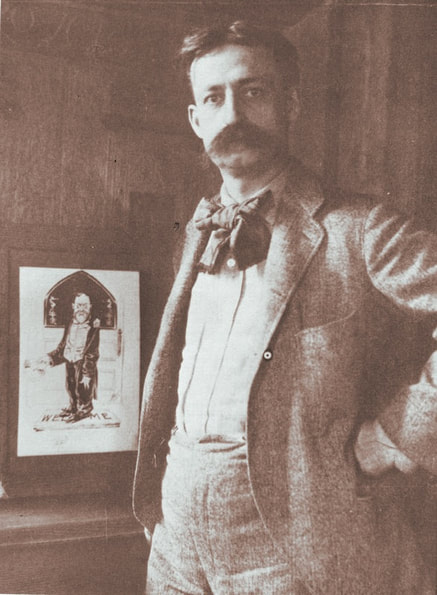 WW DENSLOW: William Wallace Denslow (May 5, 1856 – May 27, 1915) was the original illustrator of The Wonderful Wizard of Oz. Denslow was born in Philadelphia, but by the 1890s had moved to Chicago where he met L. Frank Baum. They first connected professionally in 1898, when Baum used Denslow illustrations for his trade journal The Show Window. In the same year, Denslow contributed two pen-and-ink sketches to Baum's By the Candelabra's Glare.

The two next collaborated on Father Goose, His Book before working together to create The Wonderful Wizard of Oz. The next year they published Dot and Tot of Merryland, but their partnership quickly dissolved after disagreements over a stage production of The Wizard of Oz in 1903.

Denslow was the co-copyright-holder on the first Oz book, and independently from Baum he used characters from the book in the comic strip Denslow's Scarecrow and Tin Man in 1904 and 1905. Other children's books in the early 1900s included Denslow's Mother Goose (1901), Denslow's Night Before Christmas (1902), and an 18-volume Denslow's Picture Books series (1903-4) and The Pearl and the Pumpkin (co-written with Paul West) in 1904.

Denslow's later years were marked by career decline, financial reverses, and personal failures; his three marriages ended in divorce. Much of his artwork was sold in a series of storage auctions after Denslow failed to pay fees. Late in life, he ruefully said that life seems to proceed "on the joke principle." He died of pneumonia in 1915.​ 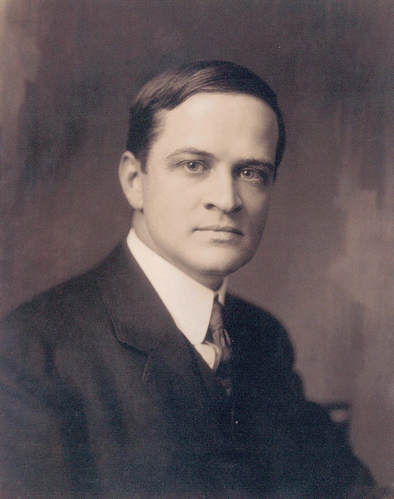 ​JOHN REA NEILL (November 12, 1877 — September 13, 1943) was a children's book illustrator primarily known for illustrating more than forty stories set in the Land of Oz. His pen and ink drawings have become identified almost exclusively with the Oz series.

Born in Philadelphia, Pennsylvania, John R. Neill did his first illustration work for the Philadelphia's Central High School newspaper in 1894-95. He studied at the Pennsylvania Academy of Fine Arts, and produced advertising art for the Wanamaker department store in Philadelphia. He became a staff artist of the Philadelphia North American newspaper, for which he produced features like "Life Among the Macaronis" and the Sunday page "The Little Journeys of Nip and Tuck," which had verses by W. R. Bradford (1909–10). Neill's newspaper series "Children's Stories That Never Grow Old" was re-issued in book form by Reilly & Britton starting in 1908, and remained in print into the 1920s. In 1906 he illustrated the serialization of Baum's The Fate of a Crown.

Neill's connection with Oz began with The Marvelous Land of Oz, the second Oz book L. Frank Baum wrote; it was published in 1904.

Originally, Neill's illustrations were reminiscent of Denslow's, to bring continuity and familiarity to the characters. However, as the series expanded, Neill brought his own unique flair to the illustrations, showing more artistic representations of the characters as well as beautiful paintings of numerous scenes. In fact, he was later named the "Royal Painter of Oz."

Dorothy drawn by Denslow appeared to be a chubby five or six year old with long brunette hair in two braids. Neill chose to illustrate a new Dorothy in 1907 when the character was reintroduced in Ozma of Oz. He illustrated the young girl in a more fashionable appearance. She is shown to be about ten years old, dressed in contemporary American fashions, with blonde hair cut in a fashionable bob. A similar modernization was given other female characters.

Neill continued to illustrate the Oz books after Baum's death, and his artwork was praised for helping give Ruth Plumly Thompson's books "legitimacy" in the eyes of Baum's fans. Neill would eventually succeed Thomspson as the designated "Royal Historian of Oz". Neill illustrated 35 Oz books in total, and each contains more than a hundred of his drawings.

The three Oz books he wrote for Reilly & Lee are considered part of the Famous Forty, and appeared one a year from 1940 to 1942. These were The Wonder City of Oz, The Scalawagons of Oz, and Lucky Bucky in Oz. He had completed a draft of The Runaway in Oz at his death but had not illustrated or edited it. Reilly & Lee decided not to publish the manuscript, and it lay incomplete until 1995, when it was published by Books of Wonder with illustrations by Eric Shanower.

Neill also did a great deal of magazine illustration work, largely forgotten today. He worked for an extremely broad range of publications, both famous and obscure; the better-known ones included The Ladies' Home Journal, The Delineator, The Saturday Evening Post, Argosy, and Boys' Life. Beginning in 1909, he produced a series of Neill Gift Books, volumes of poetry furnished with his illustrations. Neill also illustrated a range of other books; he worked on series books for boys and girls from the Altemus Publishing Company of Philadelphia — The Battleship Boys, The High School Boys, and others.

Neill was the father of three daughters, Natalie and Annrea and Joan. He died in 1943. 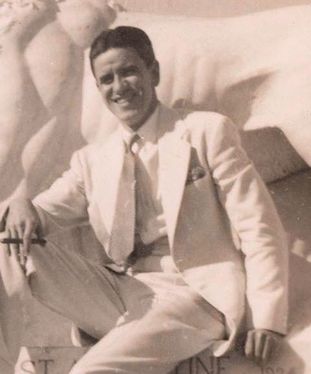 A New York City native, Kramer left a career as an insurance accountant to pursue one in illustration; possibly due to the shortage of office work during the Great Depression. He did numerous illustrations for pulp magazines in various genres, including science fiction and fantasy, which led to Jack Snow’s selecting him to illustrate his Oz stories in 1944.  Faced with the almost impossible task of replacing John R. Neill, who had illustrated 35 Oz books over 40 years, Kramer's artwork was largely criticized at the time; but has found increased appreciation in the passing years. His later illustrative work was largely for non-fantasy juvenile books, particularly sports series for boys

​In 1938, Kramer married Alice Aichele. They had no children. 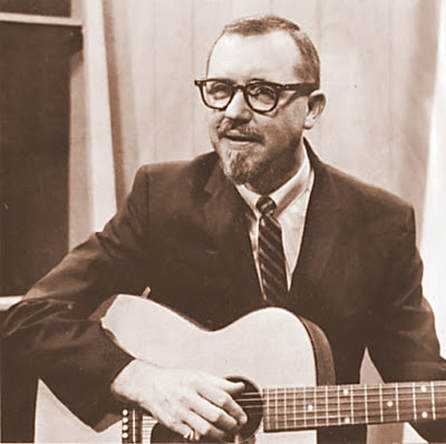 Born in Grand Rapids, Michigan, he studied from 1939 to 1941 at the American Academy of Art in Chicago, lived in New York for a year, then moved back to Michigan. He wrote and illustrated 28 books, half of them on Michigan history. He also was producer-host for the television series, “Open Door to Michigan.” He served as Curator of Exhibits at the Museum and Associate Professor in Elementary Education at Michigan State University. He received special awards for his work on Michigan, including the Governor’s Award, A National Educational Television Award, and an Award of Merit from the Michigan Historical Society. He was closely associated, as a contract author and artist, with the Mackinac Island State Park system from 1958 until his death. During that time he wrote and illustrated four publications on the Mackinac region, illustrated many others and painted exhibit murals. Having moved to East Lansing in 1952, he painted the Michigan Folklore Mural at the East Lansing Public Library.

His books include Here Comes the Bookmobile (1952), Were-Wolves and Will-o-the-Wisps: French Tales of Mackinac Retold (1974), Lore of the Great Turtle (1970), and The Young Voyageur (1955). He illustrated three volumes in the Boxcar Children series by Gertrude Chandler Warner—#4, Mystery Ranch; #5, Mike's Mystery; and #6, Blue Bay Mystery. 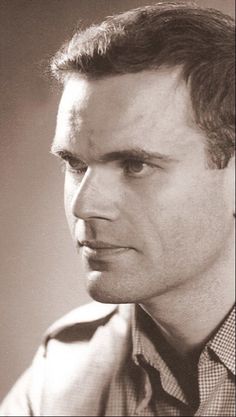 DICK MARTIN (June 29, 1927 – February 14, 1990) illustrated Merry Go Round in Oz (1963), the last of the "Famous Forty" Oz books. He also illustrated later Oz fiction including Yankee in Oz (1972), The Enchanted Island of Oz (1976), and The Forbidden Fountain of Oz (1980). He both wrote and illustrated The Ozmapolitan of Oz (1986).
​
Martin collaborated with David L. Greene on The Oz Scrapbook (1977), and contributed to the early efforts by The International Wizard of Oz Club to catalogue the Oz literature, which later resulted in the Bibliographia Oziana.
​
Martin's illustration credits include a range of other Oz-related work, like Alla T. Ford's The Musical Fantasies of L. Frank Baum (1958) and The High-Jinks of L. Frank Baum (1959), Prince Silverwings (1982), and Ruth Plumly Thompson's The Wizard of Way-Up and Other Wonders (1985).

​Martin was educated at the School of the Art Institute of Chicago and the Chicago Academy of Fine Arts.

​In addition to being an illustrator, Dick Martin was an important collector of Oz books and ephemera. His close relationship with publisher Reilly and Lee in the late 1950s resulted in the preservation of much of the original artwork for the Oz books that is known to survive.